It has been reported that pregnant women may experience changes in their vision. There is also evidence that hormonal fluctuations during pregnancy may alter several corneal characteristics including decreasing biomechanical properties, making the cornea less stiff and more extendable. The influence of such physiological changes may be most evident in late stage of pregnancy when estrogen activities peak. 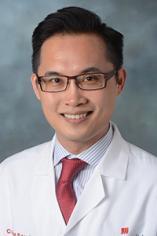 In a recent study, researchers from Tehran University selected 11 women with keratoconus who planned to get pregnant and 11 women matched for age and severity of keratoconus to serve as controls. Keratoconus was stable and not progressing for all participants at the start of the study. Several measurements were taken prior to pregnancy, during the third trimester (34 weeks), and six months after delivery.

The authors found statistically significant differences between the two groups. The pregnant women’s corneas decreased in overall thickness and at the thinnest points, and their keratometry readings were increased (more steepness of the corneas) during and after pregnancy, compared to their non-pregnant counterparts. In each pregnant patient, there was progression of the condition. These women also complained about vision impairment or blurred vision during their second and third visits; the non-pregnant patients did not experience vision changes and their KC did not progress.

Dr. Chang remarked that the small size of the study prevents concluding a definitive relationship between pregnancy and progression of keratoconus, but the study offers evidence that it may be the case. Regretfully, the study did not follow participants beyond 6 months after delivery, so no conclusions about permanent alteration to the cornea can be made. Dr. Chang reminded us that not all KC patients show corneal deterioration after birth delivery, and reported, “This presents a conundrum in how to best manage female keratoconus patients during this important life event.”

No large studies have been conducted on crosslinking and pregnant women. It is wise to discuss with your eye doctor regarding possible stabilization treatment options before planning pregnancy and/or to closely monitor keratoconus stability during pregnancy and after delivery.